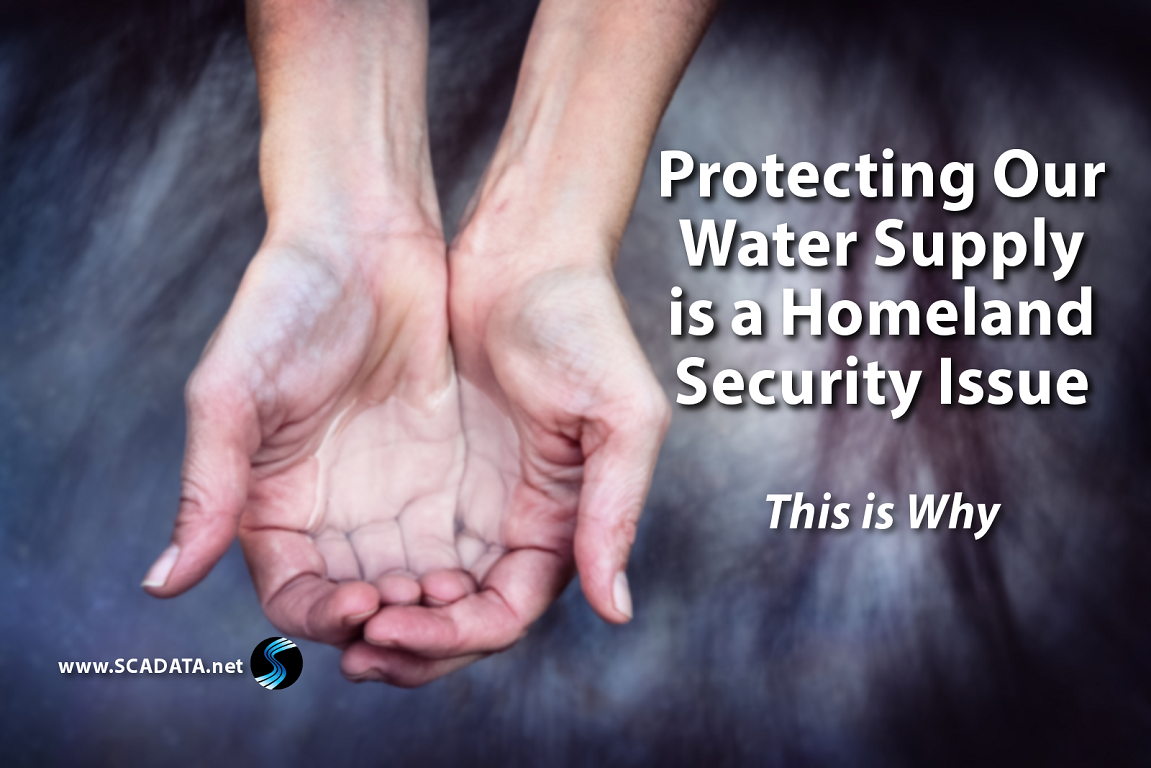 Protecting our water supply is a homeland security issue and this is why.� According to the Dept. of Homeland Security, “There are about 160,000 public drinking water systems and more than 16,000 publicly owned wastewater treatment systems in the United States.” More than 8 out of 10 people receive their potable water from these drinking water systems, and more than 75 percent of the U.S. population has its sanitary sewage treated by these wastewater systems. Because these systems service such a huge portion of our population, an attack on our water systems is a very real possibility.

At times, keeping our drinking water safe from outside threats is no small feat. With so much infrastructure over such a vast expanse, it can be difficult to ensure that all systems are modernized and secure. According to the 2013 Report Card for America�s Infrastructure, released in March by the American Society of Civil Engineers (ASCE), the U.S. does a poor job of maintaining its water infrastructure, The group rated several U.S. infrastructure types, and the ratings for the water-related categories were poor: D for dams, D for drinking water, D- for levees, and D for wastewater.

In this report, the need for increased protection of our water infrastructure was emphasized. �We as Americans need to be proactive in monitoring and taking care of our infrastructure so that it will be here not only for us, but for our children and our grandchildren,� said American Society of Civil Engineers President Gregory E. DiLoreto in a statement.

The stark and unfortunate reality is that our water sector is a security vulnerability that is susceptible to a variety of attacks. This security risk is not limited to �contamination with deadly agents [and] physical attacks such as the release of toxic gaseous chemicals and cyber attacks.� Before the attacks on Sept. 11, the focus and concern was on mitigating natural disasters. But the events that unfolded on that day changed everything, according to a report from the Congressional Research Service:

�Federal dam operators went on �high-alert� immediately following the 9/11 terrorist attacks. Reclamation closed its visitor facilities at Grand Coulee, Hoover, and Glen Canyon dams. Because of potential loss of life and property downstream if breached, security threats are under constant review, and coordination efforts with both the National Guard and local law enforcement officials are ongoing. The Corps also operates under continued high defense alert and temporarily closed all its facilities to visitors immediately after 9/11, although locks and dams remained operational; most closed facilities later re-opened, but security continues to be reassessed. Following a heightened alert issued by the federal government in February 2003, Reclamation implemented additional security measures which remain in effect at dams, powerplants, and other facilities, including limited access to facilities and roads, closure of some visitor centers, and random vehicle inspections.�

Recognizing the need for an increase in the security of our water systems, the report indicated that such an event could mean disastrous results for the public health and economic well-being of our country. According to the DHS, �Critical services such as firefighting and healthcare (hospitals), and other dependent and interdependent sectors, such as Energy, Food and Agriculture, and Transportation Systems, would suffer negative impacts from a denial of service in the Water and Wastewater Systems Sector.�

Foreseeing such dangers, the government has measures in place to protect the country, stated the same report:

�In December 2003, President Bush issued Homeland Security Presidential Directive/HSPD-7 which established a national policy for the federal government to identify, prioritize, and protect critical infrastructure as a part of homeland security. The directive called for DHS to integrate all security efforts among federal agencies and to complete a comprehensive national plan for critical infrastructure protection. In 2006, DHS issued a National Infrastructure Protection Plan (NIPP), proposing a framework of partnerships between private industry sectors and the government that would work together to secure the nation�s vital resources.� The initial Water Sector-Specific Plan (Water SSP) was released in 2007, to explain how the sector is addressing these matters. The following is an overview of the document.

The water sector�s vision is one of a secure and resilient infrastructure that provides clean and safe water as an integral part of daily life, �through a layered defense of effective preparedness and security practices in the sector.� Such practices include: a risk assessment, emergency response checklist, and a vulnerability self-assessment tool. Continuity of operations is the end game.

To achieve this streamlining of operations, the water sector will need to appropriately handle threats, reduce vulnerability to an attack or other disasters, and minimize consequences. When utilized properly, instituting effective security of our water systems means responding quickly and efficiently and preparing for restoration.

Some partners have taken a proactive approach, with �preparedness training and exercises; technical assistance to high-risk utilities; mutual aid within and across regions; cybersecurity planning; and pandemic preparedness.� Regarding cybersecurity, the Water Sector Coordinating Council has served as a resource for knowledge on protecting vulnerable drinking water and wastewater systems from targeted cyber attack or accidental cyber events. The EPA offers some tips for water utilities and how they can protect against cyber attacks.

When it comes to protecting and defending our water, there�s no such thing as too much action or oversight. The Water SSP can provide a vital tool for promoting successful critical infrastructure protection and response during an event. The Water Supply Infrastructure is used by all Americans every day, and continued efforts and cooperation by operators with the government can encourage trust by stakeholders. Nothing less than our nation�s economic and financial health depend on it.

What can we do about our nation’s water security risks? SCADA systems can be a very useful tool when monitoring water systems, especially on a large scale. Check out our blog on Brazil’s infrastructure to see how a SCADA system can be utilized to oversee water management.

7 Water Conservation Tips for the Holidays

What You Can Do to Conserve Water in Your Home