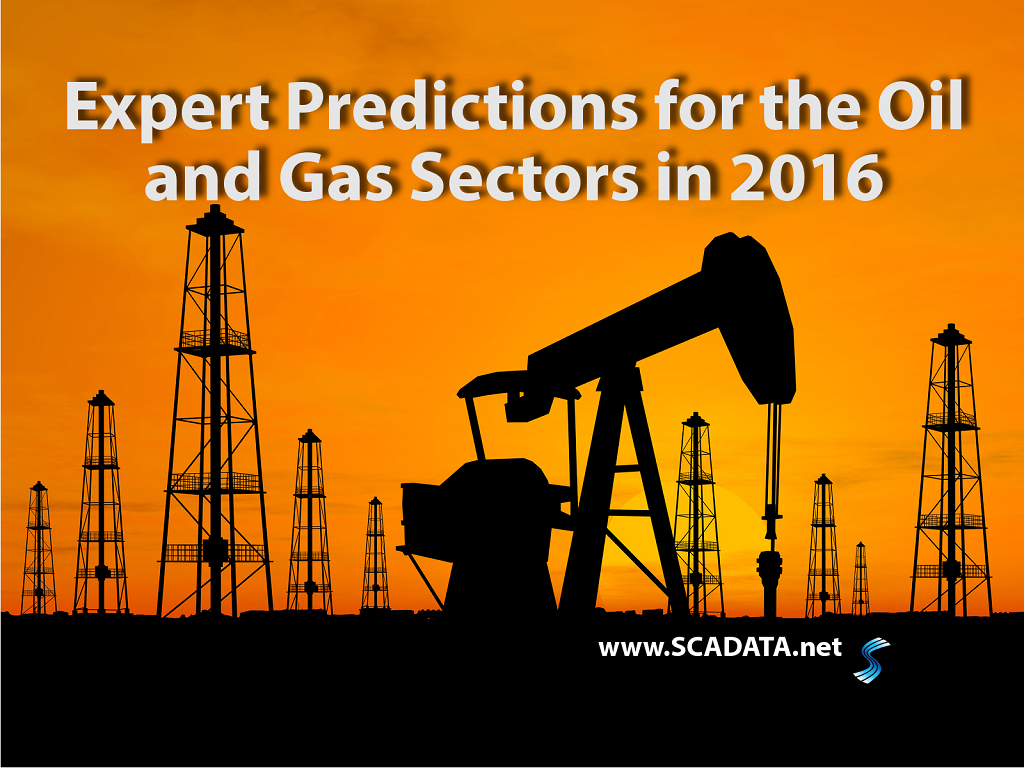 The oil and gas sectors have a huge influence on our economy. We depend on these industries to inform our daily choices regarding energy consumption. Consider a few expert predictions for 2016.

A decade ago, oil prices were going through the roof as the global economy was bullish, and there seemed to be no end in sight to our dependence on oil.

Fast-forward to today. The U.S. Energy Information Administration reported that U.S. crude oil production fell a whopping 140,000 barrels per day between July and August in 2015. And oil prices dipped to below $40/barrel in December. In less than a year, upstream oil and gas companies faced a 50 percent drop in revenue. This is the past. But what lies ahead for the oil and gas sectors in the near future? Here are a few expert predictions for 2016.

Prices are expected to remain low. According to an October article in the Wall Street Journal, continued oversupply means that this year, �Brent crude prices will average $58 a barrel and West Texas Intermediate will average only $54 a barrel.�

Low oil prices mean companies like Royal Dutch Shell, ExxonMobil, and Total have tightened their belts, eliminating thousands of jobs and reducing costs. Further reductions will be necessary in 2016 which will stifle long-term production growth, according to Moody�s. Experts also expect companies to sell $40-$60 billion of assets to improve cash flow after divesting $70 billion in 2013 and 2014.

Our friends across the pond are feeling the pain too. European oil companies will require an oil price of around $78 a barrel in 2016 to cover spending and dividend payments. In 2015, the top oil companies reduced spending by about 15 percent to nearly $107 billion. This year, the cuts are expected to be just as dramatic.

Consolidation is the name of the game

With decreasing demand, companies will be best served to consolidate with other companies of similar size, or get bought out by larger, more stable companies.

A win for Venezuela

Jim Burkhard, vice president at IHS Energy said Venezuela and other oil exporters to the U.S. could benefit from the Keystone XL rejection. That�s because Venezuela crude will be more in demand, in light of the absence of access to Canadian supplies.

Uncertainty in the Middle East

The retaliatory French airstrikes on the Islamic State in Syria have some experts worried about potential disruption of oil output from the Middle East. Following this activity, prices have been fairly consistent, as traders try to asses the situation.

Furthermore, all eyes are on Iran. Will it continue to increase and export production of its crude into a saturated world market? Experts believe Iran’s decisions could play a role in determining how low oil prices eventually drop and how quickly they will recover.

Looking to the future

While uncertainty is rampant, many experts believe the end result will be an oil and gas industry that will be stronger, leaner, and built to last. Oversupply and record low prices pose a legitimate challenge to the industry, but that doesn�t necessarily translate to a dismal forecast. Instead, producers and refiners need to be aware of trends. Innovation will be the key to taking advantage of the new paradigm.

Flooding and the Need for Water Infrastructure Repair

Tips for Promoting Transparency at Your Plant

Is Wastewater Really a Waste?