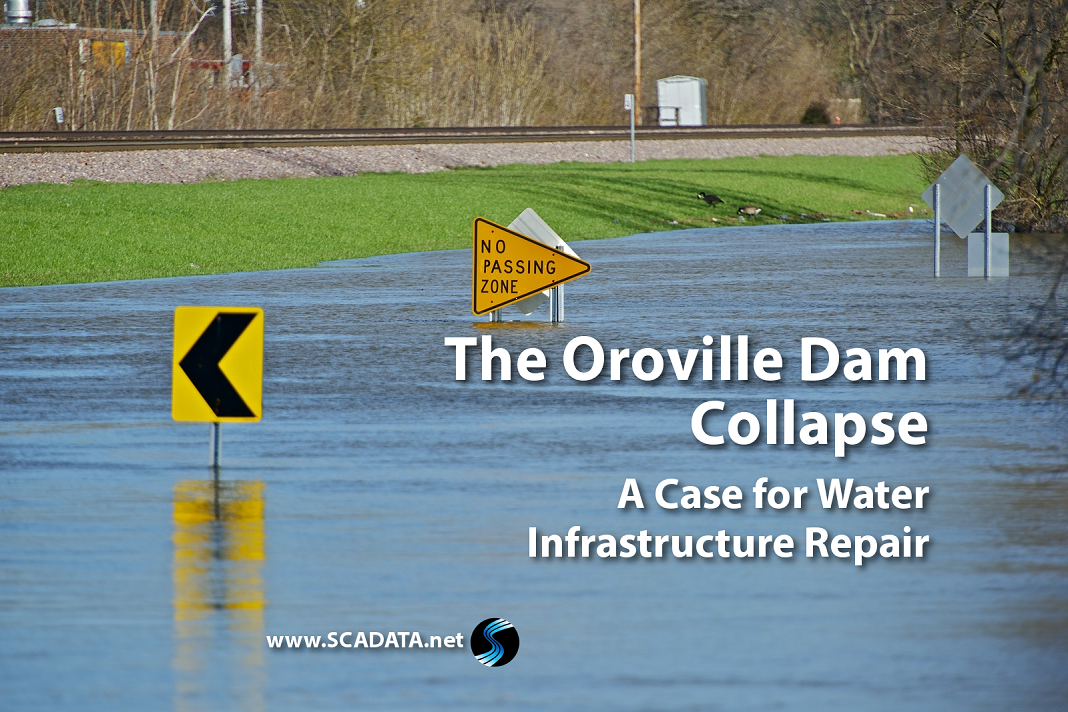 Water is an amazing element. Humans require a large reservoir of clean drinking water to survive. But, water is also a very powerful force. The recent Oroville Dam collapse in California is a testament to the true destructive power of water.

One of the main challenges facing the water industry is aging infrastructure. Often a widely debated issue, infrastructure repair and replacement frequently gets pushed aside because of the large cost needed to make proper changes and the lack of necessary resources dedicated to adequate repairs. But when infrastructure fails, it fails in epic fashion. Let�s take a look at the recent Oroville Dam collapse in Oroville, California.

According to Fortune, the spillway collapse led to the evacuation of more than 180,000 local residents. On February 11, 2017, the Oroville Dam�s main spillway crumbled to reveal a gaping hole. As a result, the spillway had to be closed, causing the water to back up in the dam. With the dam overflowing, they had no choice but to release the deluge into the failing spillway. The quantity of water combined with the crumbling spillway flooded the neighboring town. Luckily, the decaying spillway was identified in time to evacuate before the imminent flood could lead to a staggering death toll.

But, the collapse itself prompts a closer look at a critical issue: the disrepair of our country�s aging infrastructure.

According to the 2017 Infrastructure Report Card for Dams, �Dam failures not only risk public safety, they also can cost our economy millions of dollars in damages.� Check out these concerning statistics:

These numbers and the recent Oroville dam collapse are worrisome for several reasons. The potential for human casualties is very high when dams fail. The Johnstown flood of 1889 is evidence of this fact. 2,209 lives were lost in Pennsylvania when the South Fork Dam failed due to excessive rainfall.

The damage done by decaying infrastructure is not limited to fixing the problem of the dam itself. Funds are also needed to

Even when deaths are avoided, families are often subject to difficult conditions. Disease and infections become common when proper water maintenance fails and many residents forced to flee their homes. Exceptionally young and old evacuees may find traveling and displacement especially difficult.

Because water is a necessary resource and a powerful destructive force, we need to investigate our options for repair and rehabilitation. As climate patterns shift and the population continues to grow, we will only see further strain on these resources and the infrastructure that maintains it. For this very reason, monitoring is an essential part of disaster prevention.

Schedule a demo today to see how SCADATA can help you monitor your area. Check out our recent post for more information on preparing for a flood.

How Small Water Utilities Can Engage the Public

Tips for Promoting Transparency at Your Plant

How Los Angeles Used SCADA to Restore a River