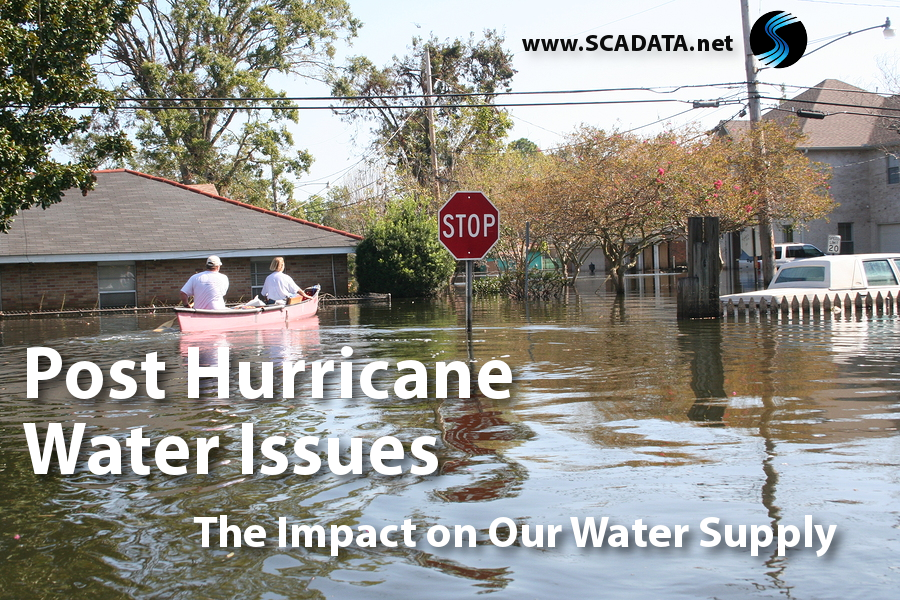 These late days of summer have not been kind to certain areas. We have seen a surge of hurricanes recently and the impact on our water is evident. But, despite the obvious damage to infrastructure and the flooding that has overrun places like Houston and Florida, and that nearly decimated Puerto Rico, there are other concerns about water quality that show just how interconnected our world truly is.

Images of hurricane wreckage show houses under water and whole towns submerged, nearly beyond recognition. As waters sweep across these devastated cities, it is collecting debris and pollution from the surrounding areas. Failing treatment facilities are also causing contamination issues and many fear that bacteria will cause widespread infection and sickness.

Hurricane Harvey hit Houston and surrounding areas hard. Houston and other local towns are home to many chemical plants and refineries. According to the Guardian, these plants are responsible for leaking 2,700 tons of chemicals into the water supply and locals fear water contamination. In addition, many plants are reporting damage to roofs and holding tanks which is causing facilities to shut down and leach chemicals into the surrounding water supplies.

Despite these reports, there was little data to show the real story behind the possibility of water contamination in the area. Given the lack of information, New York Times reporters took it upon themselves to test the waters in Houston to get some answers. The results showed

These disturbing results were verified by Charlotte Smith, a microbiologist and water specialist at the University of Berkeley.

Hurricane Irma also brought water contamination issues to the surface. The damage and flooding caused power outages, pump failures, and backups in some sewage facilities and many cities are facing streets filled with sewage. Local areas are reporting tens of thousands of gallons of sewage appearing on roadways. Many areas in Florida remain under boil orders due to the contamination.

Hurricane Maria left Puerto Rico without power and in ruins. According to US News, a week after the hurricane hit, roughly half of all residents are without clean drinking water. The damaged water system is not able to keep up with the demand of the residents. Without power, utilities are resorting to generators to power the facilities, but fuel is in short supply. Residents hauling containers flocked to a tanker truck which arrived with clean water, many draining their meager supply on the spot.

We need water to survive. Weather patterns, pollution, lack of electricity, population growth, urbanization�all of these things have an impact on our water supply. WHO reports that 3.4 billion people die of water-related diseases each year. If we hope to create a world that is sustainable, we can�t simply look at how we treat our water or where it comes from. We have to look at all of the factors that influence it, as well.

Tips for Improving Security for Your SCADA System

Flooding and the Need for Water Infrastructure Repair

What is the Internet of Water and What Role does it Play in Water Sustainability?